Skip to content
HomeSatan, that old Dragon and His Sanhedrin is Making the Final anti-God Noahide Peace Deal, all the While the Proselytes “Made Two Fold the Children of Hell” Fall Away from Jesus the Christ, the Inhabitants of the Earth do Slumber

Dear Living Saints, the Priest and Kings of our Lord God, Jesus who is the Christ forever,

All the while the favorite You Tube Telly Tuybby Tinky Winky Talmudic pay per click proselytes of the jews at You Tube,  carry on with the favorite past times of astrology and astronomy’s setting dates of secret Raptures using  man made Stellarium software of jew doo, profit-izing by the stars and their alignments   as well as their tabloid sexist, bigot and useless genealogy alternate “christian political news rags”.

Satan’s little shem sham of shame scheme, of  Talmudic Babble concerning Daniel’s Vision of the Last Days “Peace Covenant” progresses unchecked by all but you, who are the steadfast saints of Christ the Lord God Almighty. When they have accomplished their shem sham on all the world, they will and indeed are already saying “See our bretheran Evangelicals” we told you that Jesus is not nor never will be our Moshiach” and since most evangelicals and Catholicos are already fallen from the Truth, which is Jesus the Christ, and deny his name for strange jewish names, they will gladly accept the impostor of the jews and already accept the Mark of His Name, Moshiach ben David. See KJV Amos 5.

c. 1600, “act of carrying off,” from Middle French rapture, from Medieval Latin raptura “seizure, rape, kidnapping,” from Latin raptus “a carrying off, abduction, snatching away; rape” (see rapt). Earliest attested use in English is of women and in 17c. it sometimes meant rape (v.), which word is a cognate of this. Sense of “spiritual ecstasy, state of mental transport” first recorded c. 1600 (raptures).

The term rape originates in the Latin rapere (supine stem raptum), “to snatch, to grab, to carry off”.[14][15] Since the 14th century, the term has come to mean “to seize and take away by force”.[16] In Roman law, the carrying off of a woman by force, with or without intercourse, constituted “raptus”.[15] In Medieval English law the same term could refer to either kidnapping or rape in the modern sense of “sexual violation”.[14] The original meaning of “carry off by force” is still found in some phrases, such as “rape and pillage”, or in titles, such as the stories of the Rape of the Sabine Women and The Rape of Europa or the poem The Rape of the Lock, which is about the theft of a lock of hair

Go figure, these proselytes of the jews, “Made TWO Fold the Children of Hell” (JESUS words) are gonna get Rapt-ured, only to come back to this flesh world, ruled by flesh for the flesh in the flesh….who would’a or could’a thunk-it? Is this their Triumph? I say yes, temporarily that is. Satan has taken them, “Raped” them and will secure them in enslavement forever. These are already “Willing” to serve that Old Dragon and Satan. 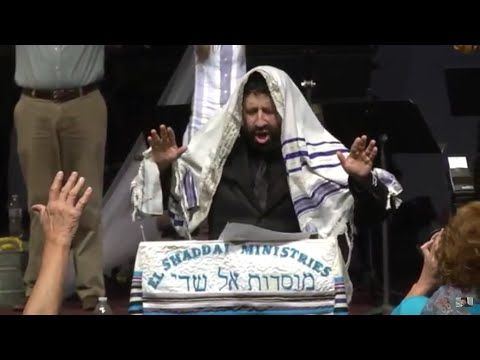 Your Euphoric “I had a dream”, “the LORD TOLD ME” “God said unto” me prophecies have failed over two thousand years, for the LORD has told no man anything but what the LORD Has PUBLISHED Before Hand. All of your prophesies are of Baa’l, Lucifer, Ole Slew Foot and will not nor cannot come to pass for the LORD GOD has spoken otherwise and it is WRITTEN and sealed at Calvary unto the end. This end is not of the “ages” they boast in their Tinky Winky Talmudic Babbles,…But the END of the WORLD as it is written, KJV. The END and That is All Folks. And you wonder in your slumber “WHY LORD” why do forsake your Coming” When the Lord God has told you assuredly at the Last TRUMPET in his REVEALING the Time and the Hour.

Thus they have fed you all sorts of sorceries and mythical mysteries and you have fallen away from the Only TRUTH who is Christ Jesus the LORD GOD IAM,  for a watered down wannabe GOD who will come as god shewing he is God and him you will and in fact do now accept for he has all sorts of names, but not that name you DENY before men, Jesus who is the Christ forever more.

““The Senior Advisor to the President, the Deputy National Security Advisor for Strategy, and the Special Representative for International Negotiations recently returned from Saudi Arabia,” a senior administration official said Sunday in an email to JTA, referring to, respectively, Kushner, Dina Powell and Jason Greenblatt.

All in bed with Chabad and promoting anti-God Talmudic Noahide Laws.

Palestinian Authority (PA) President Mahmoud Abbas said on Sunday that he will not appoint any Hamas officials to the Palestinian unity government unless they publicly recognize Israel, the Times of Israel reported.

The Palestinian Liberation Organization (PLO), to which the PA is subordinate, recognized Israel in 1993 under the auspices of Yasser Arafat. In contrast, Hamas, the terror group which runs the Gaza Strip, has never done so, and has repeatedly vowed to destroy Israel.

Despite their differences, the PA and Hamas recently signed a reconciliation agreement in Egypt which would see the two factions coalescing into a single governing body controlling all Palestinian territories in the West Bank and the Gaza Strip.

While the two bodies have agreed upon a framework for creating the unity government, one core issue remains unaddressed: the disarmament of Hamas’s military wing. During discussions, Abbas said that Hamas fully disarming was a non-negotiable condition for unity, but the terror group did not commit to shutting down its military and an agreement was signed nonetheless, leading to protests from Israel and the United States.

Israeli Prime Minister Benjamin Netanyahu stated that unless the new Palestinian unity government involves the disarming of Hamas, renunciation of terror and full recognition of Israel, the Jewish State would not participate in further peace talks. His demands were quickly backed up by the US.

Abbas’s comments on Sunday made clear that his unity government will recognize Israel, but he stayed mum on the issue of Hamas’s military. However, he emphasized that he intends to continue working with the US towards peace, telling a delegation of former Israeli lawmakers in Ramallah that “the Americans have assured him they will announce their support for a two-state solution soon.”

In nearly the same breath, the Palestinian leader criticized Netanyahu for preventing the resumption of peace negotiations, saying, “Netanyahu doesn’t want to renew the peace process, he thinks I’m going to stay here and guard the occupation.”

So you do not forget

—–Original Message—–
From: Southern American Marketing, Inc. [mailto:robert@samliquidation.com]
Sent: Tuesday, August 16, 2005 9:06 PM
To: Dov
Subject:
Dov SSStein
IT is not chamas who you control who you worry about….IT IS JESUS the Christ GOD and his Father you so tremble.
Very soon your Moshiach and Sanhedrin and your dragon is cast into the pit with death and hell the Covenant you have made to yourselves

We authentic Jews will treat CHAMAS (Hamas)  wonderful when we get rid from your christian influence during 2000 years of murdering and thethts. Soon the CHAMAS will treat you christians as it did 11/9 (9-11-2001)

Dov Stein
hahah neat manuever
14: And in those times there shall many stand up against the king of the south: also the robbers of thy people shall exalt themselves to establish the vision; but they shall fall.
15: So the king of the north shall come, and cast up a mount, and take the most fenced cities: and the arms of the south shall not withstand, neither his chosen people, neither shall there be any strength to withstand.
So it is time to have your Hamas to “Proceed with your all engulfing “TERROR”
Lob those missiles on the “Lesser Brethren”
and send in Bigboy haha Bushitler
and then double cross him
hahahha gotta hand it to you den of Vipers, you are following the Prophecy of Jesus the Christ 100% and know it not

Upon seizing the reins of government, the new Noachide leaders will move quickly to implement a full agenda of reform.  …  Full support will be given to Israeli forces to reinvade PLO-controlled areas, with military assistance offered where necessary.  Jewish courts … will be granted full legal sovereignty over Jewish citizens within each country, who will no longer be subject to the authority of gentile courts.  The pre-existing Noachide judges and courts will replace the existing court system of each country, and the legal code will be drastically rewritten to conform to halacha….  ….  And law and order will be fully restored through the establishment of internal security measures, again in accordance with Torah law. — Committee for Israeli Victory

From: Southern American Marketing, Inc. [mailto:robert@samliquidation.com]
Sent: Thursday, January 26, 2006 6:10 PM
To: Dov
Subject:
well lookie, lookie Dov Stein, the Sanhedrin has pulled off their Hamas Victory, Now all you need is more “Terror” to Justify reinvadeing the Gaza and begin Noahide Enforcement to your strange gods who are no God the Creator, but the murderer from the beginning, that Old serpent the dragon who has given you your power and seat and authority. But lo, and alas It is very, very Temporary, where will you hide on that Great and Terrible Day of the Lord’s wrath for your iniquities, and blasphemy and theft’s and murders? Repent in Jesus the Christ Mighty Name, Dov Stein
From: ??
To: Southern American Marketing, Inc.
Sent: Thursday, January 26, 2006 11:52 AM
Subject: RE:
Hamas is better. Now we will have the oportunity to through (Throw) all of them back to Saudi Arabia what was impossible with Fatach. (Fatah)_____

Behold the deceptions you have embraced people, behold and weep.

It is your choice, you can follow the false Gospel of Lucifer

The Tabloid Rag filthy mongrels, all in it for a Buck………….

or choose to serve GOD the Creator.

111 thoughts on “Satan, that old Dragon and His Sanhedrin is Making the Final anti-God Noahide Peace Deal, all the While the Proselytes “Made Two Fold the Children of Hell” Fall Away from Jesus the Christ, the Inhabitants of the Earth do Slumber”