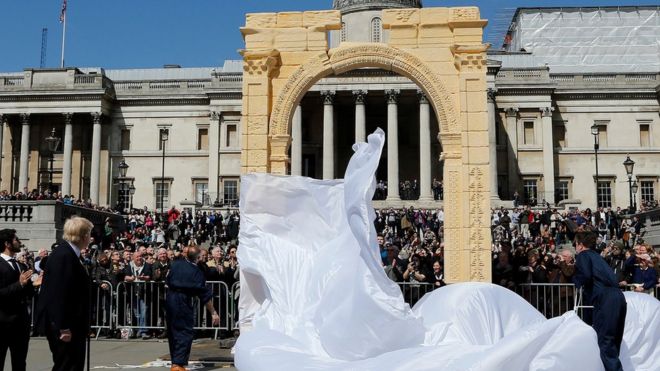 Dear saints of the Only Christ the Messiah, Jesus the Everlasting Holy Covenant,

The Prophesied time of the false Christ is near and at hand.

The World, the inhabitants who deny the Truth and their hirelings are oblivious to what is occurring.

The so called Prophecy Experts are caught up in filth and Political Enquire Rag, type reporting and have no clue, all propagating the same nonsensical over hill and dale, some day there will be the secret rapture and a “anti-christ” will come, not knowing or understanding the Written WORD of GOD, neither caring, but willingly ignorant.

The below article is in your face deception from Sanhedrin in that whore city jerusalem. I would that you would hear and understand and stand Fast in Jesus Christ the LORD GOD and the WORD of GOD.

(c) The VILNA GA’ON supports Rashi’s interpretation. He explains that when the Sanhedrin convenes, ten of its most prestigious members sit in the middle of the group, surrounded by the other sixty. Those are the “sixty mighty men” who surround “the bed of Shlomo.” (The ten in the middle correspond to the seven “Ro’ei Pnei ha’Melech” and the three “Shomrei ha’Saf” in the court of a mortal king who are closest to the king, who correspond to the ten in the court of the King of kings; see Megilah 23a. The verse in Melachim II (25:19), which associates these authoritative members of the king’s court with sixty other men, appears in the context of a discussion of the members of the Sanhedrin.)

Sanhedrin who Crucified Our Lord and Christ in that spiritual Sodom and Egypt, jerusalem the blood Harlot city, Mystery Babylon.

“The Sanhedrin selected of a group of seven individuals from among themselves to represent the institution in dealings with the public and with Gedolei Yisrael – recognized spiritual leaders of Israel. It was decided to release the names for purposes of transparency as well. It is hoped that the release of the seven names will encourage those who believe that their own rabbis or teachers can contribute to the endeavor, to propose that they also be included in the legislature.”

KJV REV 13:2 And the beast which I saw was like unto a leopard, and his feet were as the feet of a bear, and his mouth as the mouth of a lion: and the dragon gave him his power, and his seat, and great authority.

UN Security Council; The Eagle, USA was plucked from the Lion, Britain, The Russian Bear, the German/Franco Leopard…

False Christ of the jews to be “Revealed” that Man of Sin, Son of Perdition KJV 2 Thes. 2

6 And he opened his mouth in blasphemy against God, to blaspheme his name, and his tabernacle, and them that dwell in heaven.

7 And it was given unto him to make war with the saints, and to overcome them: and power was given him over all kindreds, and tongues, and nations.

8 And all that dwell upon the earth shall worship him, whose names are not written in the book of life of the Lamb slain from the foundation of the world.

11 And I beheld another beast coming up out of the earth; and he had two horns like a lamb, and he spake as a dragon.

Every jewish king had a prophet, thus a false Prophet of that False Messiah…

12 And he exerciseth all the power of the first beast before him, and causeth the earth and them which dwell therein to worship the first beast, whose deadly wound was healed.

13 And he doeth great wonders, so that he maketh fire come down from heaven on the earth in the sight of men,

16 And he causeth all, both small and great, rich and poor, free and bond, to receive a mark in their right hand, or in their foreheads:

17 And that no man might buy or sell, save he that had the mark, or the name of the beast, or the number of his name.

18 Here is wisdom. Let him that hath understanding count the number of the beast: for it is the number of a man; and his number is Six hundred threescore and six.

Beware of the deception………

Arch of Ba’al, Erected for G7, Is Portal for Messiah – or New World Order, Warns Rabbi

A pagan arch erected in Italy one month before the meeting of the world’s most powerful leaders in the same country may be the portal whose opening could usher in the age of the Messiah – or a sinister World Order, a prominent rabbi has claimed.

This deception is designed to deceive many, for this false Messiah is indeed he who will slay all who will not bow unto him and Mystery Babylon the Talmudic world odour.

The rabbi believes that the two events – the unveiling last month of a replica of the Palmyra Arch, a symbol of paganism and idol worship, and the recent G7 summit, representing the coming together of world powers – are deeply and troublingly connected.

“This arch brings together all the necessary elements for the New World Order,” explained Rabbi Daniel Assur, a member of the nascent Sanhedrin, to Breaking Israel News. “If you look at where this arch has appeared, it is clearly a pattern moving towards a specific goal: Messiah. The question is, whose Messiah will it be?”

The structure is a reproduction of a Roman victory arch built in Palmyra, Syria at the end of the second century CE. Originally it stood in front of a Roman temple where pagans worshiped the Mesopotamian god, Bel, also known as Ba’al, in a form of idol worship that figures prominently in the Bible. The original arch was destroyed by the Islamic State (ISIS) in 2015, but one year later, the Institute for Digital Archaeology used 3-D printing technology to reproduce a 20-foot  full-scale replica.

The reproduction, which has traveled around the world to grace a number of events – each related to a concentration of global world power – was erected in Florence, Italy, one month ago as part of the first-ever Cultural Summit of the G7. This meeting was a prelude to the annual summit that brings together the leaders of the world’s seven major advanced economies. The seven entities, representing more than 64 percent of the net global wealth, came together last Friday in Taormina, Italy.

Rabbi Assur explained that this connection to Ba’al was essential to the New World Order, and was therefore necessary to elements in the G7 seeking world domination.

Indeed this Ribeye (Jesus said call no man rabbi) is a Baa’l Worshipper unto a strange god and his False Messiah Ben David…..

“The New World Order is not a secular, atheist movement,” explained Rabbi Assur. “They combine worship of Ba’al with worship of the Egyptian god, Isis, and also the true name of God. They need to bring together all of these elements.”

The Talmudic Tetragrammaton “YHWH” the strange god who is no GOD and Has No Only Begotten son, also whom the world worships

Rabbi Assur added that changes within Christianity, specifically Catholicism, are part of the battle against the New World Order. This was one of his motives for participating in the Sanhedrin’s trial against Pope Francis in 2015.

“The culture of paganic Rome is taking over Christianity,” he argued. “Christianity must be taken back from Roman culture, which is paganism.”

The ribeye negates this fact…. of Catholicos

3. God has created the human person as a social being which by definition places limits on individual human freedom. Moreover freedom of choice is derived from God and therefore is not absolute, but must reflect Divine will and law. Accordingly human beings are called to freely obey the Divine will as manifested in the Creation and in His revealed word.

Jewish tradition emphasizes the Noachide Covenant (cf. Gn 9: 9-12) as containing. the universal moral code which is incumbent on all humanity. This idea is reflected in Christian Scripture in the Book of Acts 15: 28-29.

Which is a Filthy Lie, for Paul Preached against their beggarly element of their Law Galatians 3 & 4 and even went unto his death because he refused their Law, and did so by FAITH.

The Pope “Pontifax Maximus” the False Prophet of their False Christ?

The Great Sanhedrin alone had the right to appoint, or confirm the appointment of, the high priest. His consecration might take place only in the day-time. Two high priests must not be appointed together. Every high priest had a “mishneh” (a second) called the Segan, or “memunneh“, to stand at his right; another assistant was the “Catholicos” (“Yad”, l.c. 16–17).

The USA their Satanic Iron Fist to enforce their anti-Christ Noahide Laws unto Lucifer….

The arch, originally reconstructed for the United Nations Educational, Scientific and Cultural Organization (UNESCO) Heritage week in England, also relates to the New World Order’s designs on the Holy Temple and the name of the Jewish God, the rabbi said.

“UNESCO, as part of the New World Order, has to usurp the true name of God,” Rabbi Assur explained. “It is towards this end that UNESCO is working towards changing the name and history of the Temple Mount, in order to control the original name of the Jewish God. That is why they made the most absurd claims about the holy places in Israel, but the power of the New World Order is real, so they were successful, despite their obvious lies.”

Rabbi Assur said that the arch’s role in bringing the Messiah was explicitly described in the Talmud, Tractate Sanhedrin (78a).

Revered Jewish scholar Rashi, a medieval rabbi who authored a canonical commentary on the Torah, wrote that the arch mentioned by Rabbi Yossi was “a Roman arch in a Roman city”.

Rabbi Assur explained that when the Talmud describes the gate falling, it is not referring to an intentional act of deconstruction, but to the powers of evil triumphing over those who serve the true God, symbolized by the Arch of Palmyra.

“There is no question that the arch is the portal for a new world that the Talmud is speaking about. If the New World Order succeeds, then they will rule, God forbid,” Rabbi Assur said. “But if the Moshiach ben David (Messiah from the House of David) comes through the portal, he will rule over them, over the New World Order.”

Origination with the jews unto Molech

In February, the arch was assembled again as the centerpiece for the World Government Summit in Dubai, an international meeting of global leaders to discuss policy.

7 thoughts on “And They Worshipped the Dragon”