Skip to content
HomeThe War of the Two Whores, Continues to Rage, Globally 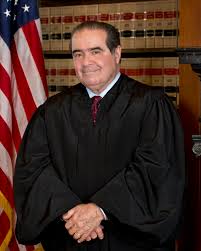 Demon-Crats caught with pants down…..

The Lewin legal team submits an amicus curiae brief to the American Supreme Court arguing that the Talmud can be used as an ethical guideline for execution methods in the United States and argues that Talmudic modes of execution (including decapitation) are more humane than current secular methods. The brief was reviewed and authorized by former Deputy President of the Supreme Court of Israel, the Honorable Menachem Elon.  The brief was also submitted on behalf of the NATIONAL JEWISH COMMISSION ON LAW AND PUBLIC AFFAIRS (“COLPA”) and the INTERNATIONAL ASSOCIATION OF JEWISH LAWYERS AND JURISTS AMERICAN SECTION (“IAJLJ”)

KJV REV. 18:24 And in her was found the blood of prophets, and of saints, and of all that were slain upon the earth.

KJV Rev. 20:4 And I saw thrones, and they sat upon them, and judgment was given unto them: and I saw the souls of them that were beheaded for the witness of Jesus, and for the word of God, and which had not worshipped the beast, neither his image, neither had received his mark upon their foreheads, or in their hands; and they lived and reigned with Christ a thousand years.

Secular arguments have been put forth by lay citizens that the brief was deceptive in its description of Talmudic execution methods as being humane.

23 The word of the Lord came again unto me, saying,

2 Son of man, there were two women, the daughters of one mother:

4 And the names of them were Aholah the elder, and Aholibah her sister: and they were mine, and they bare sons and daughters. Thus were their names; Samaria is Aholah, and Jerusalem Aholibah.

KJV REv 17:5 And upon her forehead was a name written, Mystery, Babylon The Great, The Mother Of Harlots And Abominations Of The Earth.

The Two whores wage global war. Aholah is Orthodox  Hasidic Talmudic Judaism, Chabad Lubavitch of Dan, Samaria from the North, Sanhedrin of the Sinai GOG of Satan. Backed by the so called “Consertative’s” Republicans (Publicans) and are the deceived “Evangelicals” and Noahide’s, anti-Christ, who serve their Talmudic Hasidic Pharisaic self chosen Masters. The Backers of HJR 104, PL 102-14 the Seven Noahide Laws for all humanity, enslavement to their jewish masters. These hate the great whore city………….These seek their Moshiach, AKA, False Christ, that Son of Perdition, Man of SIN. These control the Senate and seek to put their leader into the whitehouse.

Aholah is Jerusalem, (Judah) that whore bloody city, spiritual Sodom and Egypt where our Lord was crucified, Judah, which is Secular Israel, backed by Communism, the left, and are socialist, Liberals, Atheist, Demon-Crats. These say they are their own Messiah. Aholibah is in Control of the whitehouse and battles for global power.

Antonin Scalia was a serious thorn in the side of Aholiba’s control, for he was the swinging Vote for Aholah of Dan and the Conservative Orthodox and their two fold children of hell, the proselytes, Noahide’s and Judeo-Evangelicals, the leaven of the Pharisees.

Obama Has a Convenient opportunity to swing the Balance of Power away from the Conservatives of Aholah to Complete Marxism. The Collective, or the Borg of the Masses.

Make no mistake about the matter, Russia is Orthodox and the Chief Rabbi, appointed by Vladimir Putin is Chabad Lubavitch, Berel Lazar.

Netanyahu is Cahabad Lubavitch and wars with the secular zionist in Itsraellyhell.

Obama is Liberal Demon-Crat and is of the hybrid secular Marxist theology, after all, “It Takes a Village” said Hillarious Clinton

The Papacy or Catholicos is of Sanhedrin and has bowed to the Universal Noahide Laws of Chabad Lubavitch, Talmud Bavli and is anti-Christ.

Which Whore do you serve? But I bid you all to Serve the Lord Jesus who is Christ the King LORD God Almighty in these last days.

“Conservative Catholics” and “trads,” here’s your “guy on the inside:” a Talmud student of the Chabad Lubavitcher and Nasi of the recently formed Sanhedrin of “Israel,” Rabbi Adin Steinsaltz.

On the Road with Rabbi Steinsaltz: 25 Years of Pre-Dawn Car Trips, Mind-Blowing Encounters, and Inspiring Conversations with a Man of Wisdom
by Arthur Kurzweil

…[Steinsaltz] has studied Talmud with Yitzchak Perlman as well as a group in Washington including the late Sen. Daniel Patrick Moynihan, Justice Antonin Scalia and Sen. Joseph Lieberman …

[Of] Justice Antonin Scalia, Mr. Steinsaltz said, “There was something very wrong about one of us – we seemed to agree about so many things.” A Catholic Supreme Court justice and an Orthodox rabbi and Talmudic authority found much in common.

“[Scalia] has commented at times on the fact that he thought that people who had a talmudic training had a head start,” Lewin said of Scalia. (“Number of Orthodox Court Clerks Jumps Thanks to Scalia,” (Jennifer Siegel, Forward, Wed. Nov 21, 2007)

The Jewish Week reported that Scalia is fascinated with Talmudic law and is involved in the launch of a Talmudic law institute in Washington D.C. with Nathan Lewin, Alan Dershowitz and Noson Gurary, a Chabad Lubavitch rabbi.

That artcle is archived HERE.

A Must Read, by Michael Hoffman

3 thoughts on “The War of the Two Whores, Continues to Rage, Globally”