Dear “friends of Christ Jesus”, the inhabitants of the earth are silent, most having no clue of the Prophesies unfolding daily, hourly and minutely. Most are obedient goyim to their masters and serve their Shema-GOG god imposter, who is not the CREATOR GOD.

The circle has come to full round now, the Chabad Lubavitch, the Sinai-GOG of that old dragon has complete control over President Trump. His Chief Advisor wails for Tammuz, and the rebuilding of the Temple of Doom. Trump even prays to their wall god, and may as well pisseth against that wall, for he is surely certain for eternal damnation, his Noahide evangelical proselytes made two fold the children of hell shall surely accompany him. 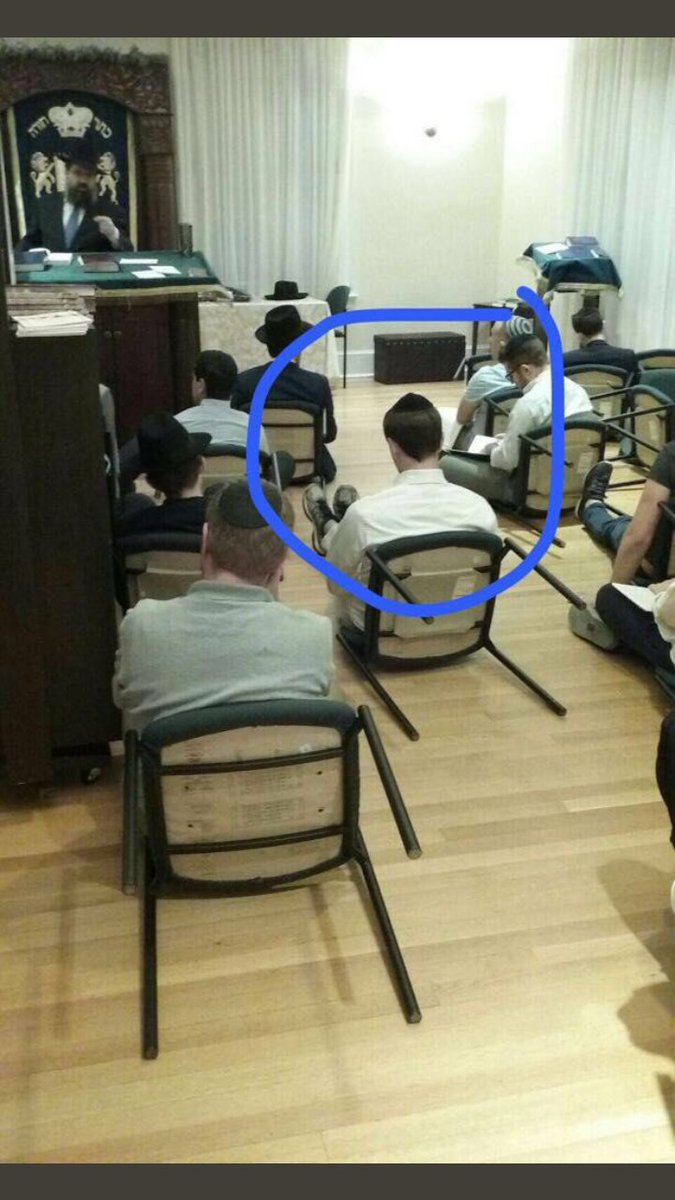 A photograph of US President Donald Trump’s son-in-law, Jared Kushner, mourning the destruction of the Holy Temple at the Chabad synagogue in Washington D.C. has already drawn comment among incensed Arabs.

Mohammed Abu Sousa tweeted that “Trump will continue building the structure” which prompted some to tweet back, “Amen”.

Kushner and wife Ivanka Trump are observant Jews, and have been known to forego convenience where statesmanship has clashed with observance. Kushner was present at the White House while the President made a Rose Garden announcement, declaring the US would be leaving the Paris Climate Accord. While Kushner had reportedly opposed the president’s decision, he was nevertheless actively involved in the planning behind the Rose Garden address.

Though the announcement coincided with the Shavuot holiday, Kushner was apparently present in the White House at the time of the address.

Kushner was unable to cancel the pre-arranged meeting, and so was forced to trek all the way to the White House from his local synagogue by foot.

Earlier that day, both Kushner and Ivanka Trump prayed at the Friends of Lubavitch synagogue in Washington DC.

Friends, do not be deceived by the fables of the jews and their false dates, and their anti-God rituals……..

KJV Titus 1:10 For there are many unruly and vain talkers and deceivers, specially they of the circumcision:

11 Whose mouths must be stopped, who subvert whole houses, teaching things which they ought not, for filthy lucre’s sake.

12 One of themselves, even a prophet of their own, said, the Cretians are alway liars, evil beasts, slow bellies.

13 This witness is true. Wherefore rebuke them sharply, that they may be sound in the faith;

14 Not giving heed to Jewish fables, and commandments of men, that turn from the truth.

13 He said also unto me, Turn thee yet again, and thou shalt see greater abominations that they do.

14 Then he brought me to the door of the gate of the Lord‘s house which was toward the north; and, behold, there sat women weeping for Tammuz.

In 423 BCE, Nebuchadnezzar’s troops breached the walls of old Jerusalem and entered the city. Four weeks later, the Holy Temple was destroyed, and the Jews were exiled to Babylon. Originally, a day of fasting and mourning was observed on the 9th of Tammuz. Seventy years later, however, when the Second Temple was built, the fast was abolished and the day was turned into a holiday. Some 500 years later when Jerusalem fell on the 17th of Tammuz — prior to the destruction of the Second Temple — the Sages decreed the 17th of Tammuz as a fast day to commemorate both tragedies.

Seventeenth of Tammuz 2017 began in the evening of Monday,

and ended in the evening of

Tuesday, July 11
Such Convenient timing……They Pisseth against their wall of Tammuz…
Tammuz – Babylonia deity
Tammuz is a fast day from 1 hour before sunrise to sundown in remembrance of Jerusalem’s walls being breached. 17 Tammuz is the beginning of The Three Weeks, in which Jews follow similar customs as the ones followed during the Omer from the day following Passover until the culmination of the mourning for the death of the students of Rabbi Akiva (the thirty-third day of the Omer Â– such as refraining from marriage and haircuts.[1] The Three Weeks culminate with Tisha Be-Av (9th of Av). Ashkenazi communities refrain from wine and meat from the beginning of the month of Av, while Sefardi communities only do so from the second day of the month. The mourning continues until noon on the 10th of Av, the date on which the Second Temple’s destruction was complete.Wailing Wall:
According to Donneal Epstein, a person who has not seen the Wall within the last 30 days should recite: “Our Holy Temple, which was our glory, in which our forefathers praised You, was burned and all of our delights were destroyed”Ezekiel 8:14
13And He said to me, “Yet you will see still greater abominations which they are committing.” 14Then He brought me to the entrance of the gate of the LORD’S house which was toward the north; and behold, women were sitting there weeping for Tammuz.”
http://www.telshemesh.org/tammuz/
”

Info you cannot find at the “Dirge Report” tabloid rag of filth or Rense-it.com or any so called Prophecy sites……

To the Jewish Telegraph Agency,….allow me to set your records straight…..

all documented and factual

2 thoughts on “The Shema-Gog of Satan, Trump’s Chief Advisor”