Roman Coin depicting Isis, AKA: Semiramis, Easter, Astarte, Ishtar, Columbia, ISIS, the “Queen of Heaven” and the Pontifex Maximus Cathlicos of the anti-Christ Noahide World Order of Lucifer, the Man of Sin, that Son of Perdition, False Christ, Moshiach Ben David, of Sanhedrin of the Dragon that old Devil and Satan 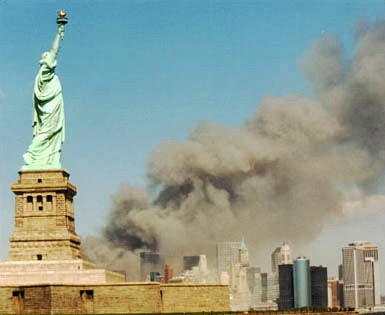 Dear friends,  Living saints of the Living Lord Jesus who is Christ the King,

Today while scouring the web for current hidden Talmudic shembolic, in your face, subliminal sorcerer news, I came across the following below tidbit of information.

There is little doubt that Isis was formed by the Israeli MOSSAD and the US CIA.

The Vatican being ruled by Sanhedrin of Satan in that bloody whore city jerusalem, spiritual Sodom and Egypt where our Lord was crucified. KJV Rev. 11:8

The Great Sanhedrin alone had the right to appoint, or confirm the appointment of, the high priest. His consecration might take place only in the day-time. Two high priests must not be appointed together. Every high priest had a “mishneh” (a second) called the Segan, or “memunneh“, to stand at his right; another assistant was the “Catholicos” (“Yad”, l.c. 16–17).

“If she (Ishtar) will not grant thee her release,
To Tammuz, the lover of her youth,
Pour out pure waters, pour out fine oil;
With a festival garment deck him that he may play on the flute of lapis lazuli,
That the votaries may cheer his liver. [his spirit]
Belili [sister of Tammuz] had gathered the treasure,
With precious stones filled her bosom.
When Belili heard the lament of her brother, she dropped her treasure,
She scattered the precious stones before her,
“Oh, my only brother, do not let me perish!
On the day when Tammuz plays for me on the flute of lapis lazuli, playing it for me with the porphyry ring.
Together with him, play ye for me, ye weepers and lamenting women!
That the dead may rise up and inhale the incense.”

11 And there stood before them seventy men of the ancients of the house of Israel,(Sanhedrin of Satan)  and in the midst of them stood Jaazaniah the son of Shaphan, with every man his censer in his hand; and a thick cloud of incense went up.

12 Then said he unto me, Son of man, hast thou seen what the ancients of the house of Israel do in the dark, every man in the chambers of his imagery? for they say, the Lord seeth us not; the Lord hath forsaken the earth.

13 He said also unto me, Turn thee yet again, and thou shalt see greater abominations that they do.

14 Then he brought me to the door of the gate of the Lord‘s house which was toward the north; and, behold, there sat women weeping for Tammuz.

KJV 1 Kings 11:5“For Solomon went after Ashtoreth the goddess of the Zidonians, and after Milcom the abomination of the Ammonites.”

“The VILNA GA’ON supports Rashi’s interpretation. He explains that when the Sanhedrin convenes, ten of its most prestigious members sit in the middle of the group, surrounded by the other sixty. Those are the “sixty mighty men” who surround “the bed of Shlomo.” (Solomon)(The ten in the middle correspond to the seven “Ro’ei Pnei ha’Melech” and the three “Shomrei ha’Saf” in the court of a mortal king who are closest to the king, who correspond to the ten in the court of the King of kings; see Megilah 23a. The verse in Melachim II (25:19), which associates these authoritative members of the king’s court with sixty other men, appears in the context of a discussion of the members of the Sanhedrin.”

Now that this ISIS of the Talmudic jews religion is firmly established fact…………………..

While God’s judgement of the world hangs in balance during the Days of Awe between Rosh Hashana and Yom Kippur (October 12, 2016), a battle is being fought in a small, dusty town in Syria that ISIS and many of the world’s 1.6 billion Muslims believe will usher in Mahdi, the Islamic concept of Messiah.

ISIS believes Mahdi will come after the final apocalyptic battle between “Rome” (or America, in its modern incarnation) and Islam is fought in Dabiq, Syria. Though the current has little strategic military importance and the outcome seems certain, as a small group of ISIS fighters face off against American-led troops, the Koran prophesies that this battle, win or lose, will set off a process resulting in all infidels choosing between conversion and death.

One expert sees this battle as a catalyst setting off intensified ISIS terror attacks around the world in an attempt by the Islamic State to fulfill the prophecy.

“ISIS believes quite strongly that the primary eschatological battle between the Muslims and the Christian forces will be fought there,” Dr. Timothy Furnish, an international media commentator and author on radical Islam, explained to Breaking Israel News. “They have been trying to goad the West, primarily the US, into inserting ground forces at that locale.”

They? The Talmudic jews of Satan’s Sinai-Gog.

Dr. Furnish cited a hadith (Islamic teaching attributed to Mohammed) which states that the “Last Hour would not come” until a vastly superior Roman army composed of “the best soldiers of the people of the earth at that time” came to battle Islam in Dabiq.

Islam’s vision of Messiah is the resurrection of a Muslim Jesus, who will convert all Christians to Islam. Those who do not convert will be killed.

“It is our duty to force all mankind to accept the seven Noahide laws, and if not—they will be killed.” (Rabbi Yitzhak Ginsburg, Ma’ariv, October 6, 2004).

Dabiq is a small Syrian town with a population of 3,000, about 10 miles from the border with Turkey. Rebel troops, including 300 US Special Forces, are currently moving to take the town back from ISIS. Fighting has been fierce and casualties are already high on both sides. Despite its relative unimportance, Islamic State has been focusing all of its efforts on the city.

The battle began on Monday, when the Free Syrian Army – Syrian rebel forces supported by America and Turkey – captured Turkman Bareh, four miles east of Dabiq. The anti-ISIS forces predicted they would capture Dabiq within 48 hours, but their advance slowed after they encountered extensively mined areas, mortars, and explosive devices in their path. Fighting was reported to be especially fierce as ISIS reinforcements poured into the region.

The free Syrian Army, Backed by USA and Mossad is allianced with Mossads ISIS….

ISIS has put great effort into attracting American attention to the backwater of Dabiq, naming its online propaganda magazine after the town of Muslim armageddon. The magazine’s front cover quotes former terrorist leader and killer Abu Musab al-Zarqawi, who proclaimed in 2004, “The spark has been lit here in Iraq, and its heat will continue to intensify – by Allah’s permission – until it burns the crusader armies in Dabiq.”

“Here we are, burying the first American Crusader in Dabiq, eagerly waiting for the remainder of your armies to arrive,” Emwazi said in the video.

Their efforts to attract America’s attention seems to have succeeded, as the US-led coalition brings “the best soldiers of the people of the earth” directly to Dabiq. Nonetheless, it is not holding onto the city or even winning the battle that is significant to ISIS, but the fact of the battle itself.

Dr. Mordechai Kedar, an Israeli scholar of Arabic literature and a lecturer at Bar-Ilan University, believes that ISIS will not relinquish its twisted version of Messiah, even if it is defeated in the prophesied Battle of Dabiq.

“No doubt, Dabiq carries a very heavy Islamic meaning,” Dr. Kedar told Breaking Israel News. “I think that the Islamic State will not turn Dabiq into a fight for eternity, and will withdraw eventually from Dabiq as well as from other parts of Syria.”

But Dr. Khedar believes an ISIS defeat in Dabiq will be even more catastrophic for the West than an ISIS victory.

“They will claim that the war on Dabiq can be carried out in the streets of Paris, London, Berlin, Washington DC and Jerusalem,” Dr. Kedar warned. “Meanwhile we can see a war between Russia and the US on Syria. Put simply, Gog and Magog.”

The False pre-planned jewish war to usher in the Talmudic Hasidic false Christ, Moshiach ben David……………………BEWARE and do not be decieved at the fables of the jews………Jesus is Christ the KING and LORD of LORDS.