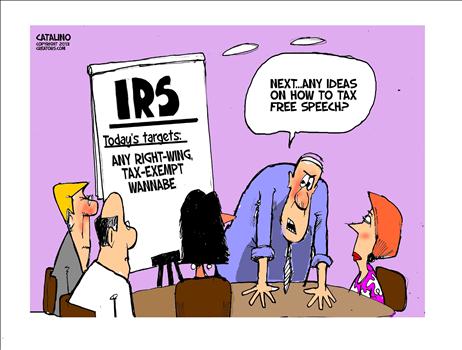 Hello livings saints of Jesus who is Christ the Lord,

Many of you realize that the shifting of financial wealth is well underway, and the average American has become a third world nation US Citizen.

Be advised what your Government plans and does to slay you and or enslave you.

May Christ the Lord be with you in the coming onslaught.

Yerusha:
“A non-Jew is executed (by hereg) for violating any of the Seven Noahide Laws” (Talmud Sanhedrin 57a)

“The coming of Moshiach will not merely usher in a new age from the Am Yisrael. It will effect the life of the entire world. The Rambam writes that ‘Moshiach will rectify the entire world bringing them to serve Hashem together’. He will enforce them to all keep the 7 Noahide Laws.

Although these laws are not as restrictive (l’havdil elef pa’amim) as the Sharia Law of Islam, the very idea of religious restriction is an anathema to Western Culture. They will see Moshiach’s agenda to establish the world with the Kingdom of the Almighty as a threat to their freedom. In response they will launch a military campaign, the War of Gog and Magog, to nip this nascent kingdom of Moshiach in the bud, in order to break free from the attempt to control their lives” (Rabbi Avraham Chaim Carmell, Hamodia July 24 2014)

(Left, Fyodor Dostoyevski, 1821-1881, is considered one of Russia’s greatest novelists.)

In 1877, Fyodor Dostoyevski said the goal of Judaism was “to exterminate the rest [of mankind], or make slaves of them, or exploit them.” This, of course, is the real reason for antisemitism. His prophesy is coming true. The West is now a proxy for Masonic Jewish central banker world domination.

When these bankers gained the power to create the medium of exchange (currency, i.e. credit) in the form of a debt to them, it doomed humanity to enslavement. Inevitably, they would consolidate this scam by leveraging it into a monopoly over everything (Communism, NWO.) This demented megalomania found in Cabalist/Talmudic Jewish teaching is the real cause for most war and terror. Only a small segment of Jews and Masons are actively involved.

But most of us (including Jews) cannot see what Dostoyevski saw 140 years ago. When WWIII begins, we should know the real reason we and our children are going to die.

Mankind’s last word on this great tribe is still to come. However, without fathoming the essence and depth of the subject, it is possible to outline, at least, certain symptoms of that status in statu, [state within a state Jews maintain] – be it only externally. These symptoms are: alienation and estrangement in the matter of religious dogma; the impossibility of fusion; belief that in the world there exists but one national entity – the Jew, while, even though other entities exist, nevertheless it should be presumed that they are, as it were, nonexistent.

“Step out of the family of nations, and form your own entity, and thou shalt know that henceforth thou art the only one before God; exterminate the rest, or make slaves of them, or exploit them. Have faith in the conquest of the whole world; adhere to the belief that everything will submit to thee. Loathe strictly everything, and do not have intercourse with anyone in thy mode of living. And even when thou shalt lose the land, thy political individuality, even when thou shalt be dispersed all over the face of the earth, amidst all nations, – never mind, have faith in everything that has been promised thee, once and forever; believe that all this will come to pass, and meanwhile live, loathe, unite and exploit, and – wait, wait….”

Such is the essence of that status in statu, and, in addition, there are, of course, inner and, perhaps, mysterious laws guarding this idea.

You say, gentlemen – educated Jews and opponents – that all this is certainly nonsense, and that even if there be a status in statu (i.e., there has been, but at present, according to them, only the dimmest traces of it remain), it is solely because persecution has brought it about; religious persecution since the Middle Ages, and even earlier, has generated it, and that this status in statu came into existence merely from the instinct of self-preservation. However, if it continues, especially in Russia, it is because the Jew has not yet been given equal rights with the native population.

But this is how I feel: should the Jew be given equal rights, under no circumstance would he renounce his status in statu. Moreover, to attribute it to nothing but persecution and the instinct of self-preservation – is insufficient. Besides, there would not have been enough tenacity in store for self-preservation during forty centuries; the people would have grown weary of preserving themselves for so long a time. Even the strongest civilizations in the world have failed to survive half of the forty centuries, losing their political strength and racial countenance.

Here it is not only self-preservation that constitutes the main cause, but a certain compelling and luring idea, something so universal and profound that on it, as stated above, mankind is perhaps still unable to utter its last word. That we are here dealing with something of a pre-eminently religious character – there can be no doubt. That their Providence, under the former, initial name of Jehovah, with his ideal and his covenant, continues to lead his people toward a firm goal – this much is clear. Besides, I repeat, it is impossible to conceive a Jew without God.

Moreover, I do not believe in the existence of atheists even among the educated Jews: they all are of the same substance, and God only knows what the world has to expect from the educated Jews! Even in my childhood I have read and heard a legend about Jews to the effect that they are supposed to be undeviatingly awaiting the Messiah, all of them, both the lowest Yiddisher and the highest and most learned one – the philosopher and the cabalist – rabbi; that they all believe that the Messiah will again unite them in Jerusalem and will bring by his sword all nations to their feet; that this is the reason why the overwhelming majority of the Jews have a predilection but for one profession – the trade in gold, and at the utmost – for goldsmithery; and all this, so it is alleged, in order, that, when Messiah comes, they should not need to have a new fatherland and to be tied to the land of aliens in their, the Jews’ possession, but to have everything converted into gold and jewels, so that it will be easier to carry them away when

The ray of dawn begins to shine:

Our flute, our tabor and the cymbal

Our riches and our holy symbol

We will bring back to our old shrine,

To our old home – to Palestine.

I would like to go on and on, but being attacked severely at the time…adios amigos…………………Even if I told you, many could not comprehend….later…….

They bring this falsehood of Lucifer they serve now. Wake and Pray and Prepare.