Skip to content
HomeSanhedrin Prepares for the Abomination Which Causes Desolation

10 For the law having a shadow of good things to come, and not the very image of the things, can never with those sacrifices which they offered year by year continually make the comers thereunto perfect.

2 For then would they not have ceased to be offered? because that the worshippers once purged should have had no more conscience of sins.

3 But in those sacrifices there is a remembrance again made of sins every year.

4 For it is not possible that the blood of bulls and of goats should take away sins.

5 Wherefore when he cometh into the world, he saith, Sacrifice and offering thou wouldest not, but a body hast thou prepared me:

6 In burnt offerings and sacrifices for sin thou hast had no pleasure.

8 Above when he said, Sacrifice and offering and burnt offerings and offering for sin thou wouldest not, neither hadst pleasure therein; which are offered by the law;

9 Then said he, Lo, I come to do thy will, O God. He taketh away the first, that he may establish the second.

10 By the which will we are sanctified through the offering of the body of Jesus Christ once for all.

11 And every priest standeth daily ministering and offering oftentimes the same sacrifices, which can never take away sins:

12 But this man, after he had offered one sacrifice for sins for ever, sat down on the right hand of God;

13 From henceforth expecting till his enemies be made his footstool.

14 For by one offering he hath perfected for ever them that are sanctified.

15 Whereof the Holy Ghost also is a witness to us: for after that he had said before,

16 This is the covenant that I will make with them after those days, saith the Lord, I will put my laws into their hearts, and in their minds will I write them;

17 And their sins and iniquities will I remember no more.

18 Now where remission of these is, there is no more offering for sin.

19 Having therefore, brethren, boldness to enter into the holiest by the blood of Jesus,

20 By a new and living way, which he hath consecrated for us, through the veil, that is to say, his flesh;

21 And having an high priest over the house of God;

22 Let us draw near with a true heart in full assurance of faith, having our hearts sprinkled from an evil conscience, and our bodies washed with pure water.

23 Let us hold fast the profession of our faith without wavering; (for he is faithful that promised;)

24 And let us consider one another to provoke unto love and to good works:

25 Not forsaking the assembling of ourselves together, as the manner of some is; but exhorting one another: and so much the more, as ye see the day approaching.

26 For if we sin wilfully after that we have received the knowledge of the truth, there remaineth no more sacrifice for sins,

27 But a certain fearful looking for of judgment and fiery indignation, which shall devour the adversaries.

28 He that despised Moses’ law died without mercy under two or three witnesses:

29 Of how much sorer punishment, suppose ye, shall he be thought worthy, who hath trodden under foot the Son of God, and hath counted the blood of the covenant, wherewith he was sanctified, an unholy thing, and hath done despite unto the Spirit of grace?

30 For we know him that hath said, Vengeance belongeth unto me, I will recompense, saith the Lord. And again, The Lord shall judge his people.

31 It is a fearful thing to fall into the hands of the living God.

32 But call to remembrance the former days, in which, after ye were illuminated, ye endured a great fight of afflictions;

34 For ye had compassion of me in my bonds, and took joyfully the spoiling of your goods, knowing in yourselves that ye have in heaven a better and an enduring substance.

35 Cast not away therefore your confidence, which hath great recompence of reward.

36 For ye have need of patience, that, after ye have done the will of God, ye might receive the promise.

37 For yet a little while, and he that shall come will come, and will not tarry.

38 Now the just shall live by faith: but if any man draw back, my soul shall have no pleasure in him.

39 But we are not of them who draw back unto perdition; but of them that believe to the saving of the soul.

A special ceremony was held in the Cardo in Jerusalem on Thursday,  March 10th. It was the beginning of the month of Adar, or, to be precise, the second day of Rosh Chodesh Adar Bet. In temple Times, the new month was considered a minor holiday and the ceremony, a reenactment of the Temple service, gloriously illustrated that.

On the day of the new month, special sacrifices were brought to the Temple: two oxen, a ram, seven lambs, wine libations, flour, and oil (Numbers 28:11-15). This is identical to the sacrifices offered on Passover and Shavuot, indicating the holy aspect of the new month. Special trumpet blasts were also added in celebration.

Proverbs 21:27 “The sacrifice of the wicked is abomination: how much more, when he bringeth it with a wicked mind?”

To commemorate the special nature of the day, the Temple Institute, in conjunction with the Sanhedrin and other Temple organizations, held a reenactment of the service as it would have been performed in the Temple. The ceremony was intended to be educational for the spectators and a dry-run for the priests who participated.

The priests,  students of the Temple Institute’s Nezer HaKodesh Academy for Kohanim, wore authentic garments made to Biblical specifications, and performed the Kohanic blessing. Musicians played instruments suited for use in the Temple provided by the Temple Institute, accompanied by a choir.

Though no animals were actually slaughtered, the organs and special fats were displayed and explained. There was also a demonstration of how blood is sprinkled on the altar. A mincha offering of semolina was burned on the altar, a precise scale model, approximately one meter tall and two-and-a-half meters square.

In addition to the demonstration of the sacrifices, three members of the Sanhedrin accepted the testimony of two witnesses for the Torah commandment of declaring the new month.

Rabbi Yisrael Ariel, the founder and head of the Temple Institute, also gave a lesson about the Biblical commandment of the Machatzit HaShekel (Exodus 30:11-16) , the half shekel-weight of silver,  given to the Temple every year by Jewish men in this month. Rabbi Ariel explained that the half-shekel was used to purchase the daily sacrifices offered for all of Israel.

Events like this help prepare for the actual Temple. Not only does it raise public awareness, it also helps instruct Kohanim, Jews of the priestly class.

Joshua Wander, a resident of the Mount of Olives who has attended several of the Temple Institute’s events, noted that it also helps fix lapses in practical knowledge.

“When we did the reenactment of the Pesach offering, we discovered that it is difficult to roast a whole animal without burning the outside and leaving the inside raw,” Wander said. “We found out that you have to wrap it up and seal it, which had to be done carefully since it is forbidden to break any of the bones.”

34 But one of the soldiers with a spear pierced his side, and forthwith came there out blood and water.

35 And he that saw it bare record, and his record is true: and he knoweth that he saith true, that ye might believe.

36 For these things were done, that the scripture should be fulfilled, A bone of him shall not be broken.

37 And again another scripture saith, They shall look on him whom they pierced.
Jesus is Christ the LAMB of God, unblemished The only sacrifice made to atone man to the Creator, Can you hear O Jerusalem ?

19 As if a man did flee from a lion, and a bear met him; or went into the house, and leaned his hand on the wall, and a serpent bit him.

20 Shall not the day of the Lord be darkness, and not light? even very dark, and no brightness in it?

21 I hate, I despise your feast days, and I will not smell in your solemn assemblies.

22 Though ye offer me burnt offerings and your meat offerings, I will not accept them: neither will I regard the peace offerings of your fat beasts.

23 Take thou away from me the noise of thy songs; for I will not hear the melody of thy viols.

24 But let judgment run down as waters, and righteousness as a mighty stream.

25 Have ye offered unto me sacrifices and offerings in the wilderness forty years, O house of Israel?

26 But ye have borne the tabernacle of your Moloch and Chiun your images, the star of your god, which ye made to yourselves. 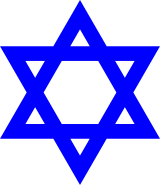 27 Therefore will I cause you to go into captivity beyond Damascus, saith the Lord, whose name is The God of hosts.

11 thoughts on “Sanhedrin Prepares for the Abomination Which Causes Desolation”