Skip to content
HomeSanhedrin to Global jews, “Deliver all Opposing Non Jews to the Sinai-Gogs and Freemason Court Temples”

Be aware, In every Country, these treasonous Blasphemous Vipers, Hope to Deliver you up to be slain and afflicted in their Useful Idiot Jewdicial Freemason Courts and before their Beit-Din (Sinai-Gogs. RP)

Letter of the Sanhedrin to Jewish communities around the world

Taanit Esther, 13 Adar 5769
At a time when the decrees of Haman are being renewed, in 127 states, let us remember the command of Esther the Queen to Mordechai the Jew to gather all the Jews for fast and prayer for protection and salvation, that is the message of the Megillah. Since the outbreak of the great financial crisis at the end of 5768 (2008 on the secular calendar), and since the state of Israel has been pushed more and more against the wall by those that her, who raised their arrogant heads of hatred of Israel in the world. Every (Jewish) community in the world is pursued according to the character of its neighbors and the neighboring culture. There is no reason to quote a long list of states standing at the moment at the forefront of troubles. A heart knows the bitterness of heart and every community feels the strength of the danger in front of it. 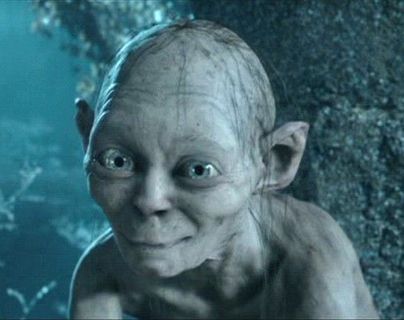 Therefore the communities must form their internal unified leadership in every land and state and not to restrain themselves in the face of persecution as if it didn’t occur. One should conduct proper recording and documentation of the events, and it is proper to force the local authorities, and the state of Israel and international Jewish organizations to express their stance, as well as on the Jewish and Gentile elites in the state and community in question. It is important to submit exhaustive judicial claims, criminal and civil, against the oppressors. Restraint until the anger passes will not be effective in general in such cases where hatred of Israel is increasing in the world.

Every community and every Jew is obligated to be concerned with the protection of their lives and property in means which secure maximum protection of life, property, and their value.

The best medicine for all of this is to make aliyah to Israel. Ingathering of the exiles is the most important and eternal gathering for the Jewish nation. By means of making real the promise of the Torah, that from the ends of heaven G-d will gather in His scattered, a Jew guards his identity, the danger of assimilation amongst the nations is prevented, and he expresses his faith in his Creator, his uniqueness, and he can live as a proud Jew in the framework of a suitable community in the Land of Israel.

It is possible to establish sources of income in the Land of Israel beyond just the proper protection of property, with development, prosperity and success. With regard to the security situation, the Torah, the Prophets and our Rabbis strengthen every Jew, as well as every Gentile who holds on the corner of the garment of a Jew to bring him to the land of his fathers, and promise that Israel will have refuge in its land.

We believe that G-d will not abandon His nation, and He will not leave His inheritance. For G-d will redeem His nation in our days, and Israel and Judah will be saved. The decision to make aliyah to the Land of Israel is a decision which can sometimes be difficult. But according to the difficulty is also the greatness of the reward from the Creator of the World. At least since the Balfour Declaration in 5678 (1967 in the secular calendar), the voice declaring that G-d has remembered His nation echoes throughout the world. Many of those that decided not to listen to this voice, to the sadness of our hearts, have been lost. At present, there is another attempt, and it is proper to extricate oneself before it is too late.

The Sanhedrin is ready to give advice and to deal with individual cases in response to this letter.

29 Pilate then went out unto them, and said, What accusation bring ye against this man?

30 They answered and said unto him, If he were not a malefactor, we would not have delivered him up unto thee.

31 Then said Pilate unto them, Take ye him, and judge him according to your law. The Jews therefore said unto him, It is not lawful for us to put any man to death:

32 That the saying of Jesus might be fulfilled, which he spake, signifying what death he should die.

33 Then Pilate entered into the judgment hall again, and called Jesus, and said unto him, Art thou the King of the Jews?

34 Jesus answered him, Sayest thou this thing of thyself, or did others tell it thee of me?

35 Pilate answered, Am I a Jew? Thine own nation and the chief priests have delivered thee unto me: what hast thou done?

36 Jesus answered, My kingdom is not of this world: if my kingdom were of this world, then would my servants fight, that I should not be delivered to the Jews: but now is my kingdom not from hence.

37 Pilate therefore said unto him, Art thou a king then? Jesus answered, Thou sayest that I am a king. To this end was I born, and for this cause came I into the world, that I should bear witness unto the truth. Every one that is of the truth heareth my voice.

38 Pilate saith unto him, What is truth? And when he had said this, he went out again unto the Jews, and saith unto them, I find in him no fault at all.

40 Then cried they all again, saying, Not this man, but Barabbas. Now Barabbas was a robber.